McKenzie Renae Featured on The B Werd 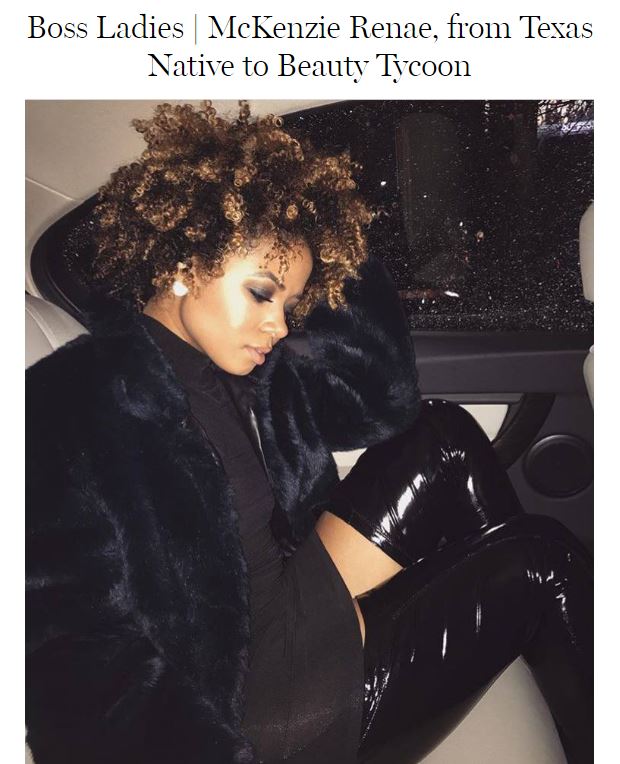 I am all for boss a** women who link up and celebrate one another. It’s so important for us to share our stories with eachother. Recently, influencer and content creator, Courtney B. interviewed me for her site TheBWerd.com . We talked about my professional background as a beauty editor, how I became an influencer, and my struggles in the industry as well as what I would have done differently. Check out a snippet below and click on the link for the rest of the interview.

You’ve without a doubt seen McKenzie Renae’s fact and signature blonde curls come across your timeline, but I bet you didn’t know she was an Austin native who wanted to be a journalist or began building her brand seven years ago on Tumblr. Since becoming a beauty maven, she’s contributed to major sites such as XONecole and Popsugar, and even launched a clothing line, Renae Cut Offs. In addition to running her lifestyle blog McKenzieRenae.com, she’s also the creative director for a  beauty app called COLOUR, an at-home styling service founded by Debra Shigley. Read more about McKenzie’s beauty and business journey below.

You grew up in Austin, Texas which is a very eccentric place. Tell us a bit about your childhood. What lessons stuck with you into adulthood and what were your original aspirations as a kid?

I’ve moved around quite a few times, from Atlanta, to Raleigh, NC , to Austin, TX, and now back to Atlanta. All with my parents, my brother, and cat QTip. All the moves were due to my Dad’s job and I think that’s why I’m so comfortable today with the thought of moving around and not feeling attached to one city or state. My parents always instilled great work ethic and the importance of doing well in school for both me and my brother. I had multiple jobs over every summer, by choice, because I knew I had to earn and work for what I wanted. My parents never had us even thinking that money grew on trees. lol. Since I can remember, I’ve always been into the arts, and art was my favorite subject in school. I grew up taking dance classes, then transitioned into playing basketball in middle school and all throughout high school (even summer league). It was serious lol. My childhood exposed me to so many different experiences and activities so early on, and my family has always been supportive of whatever I wanted to do. They never put a limit to my dreams (I was always the dreamer), but as realists, they just wanted me to always have a plan and be sure that whatever I went after, I would be able to take care of myself and survive off of it.

You went to school at Hampton University in Virginia for Broadcast Journalism. What prompted you to want to attend a HBCU and how did it influence your career?

I had grown up in predominantly white schools and neighborhoods my entire life. My first real connection with other black kids like me was when my Mom joined Jack & Jill and signed my brother and I up to participate in everything. After I had that taste of having other black friends whom I could relate to and visa versa, I knew right then that I needed to attend an HBCU. The only choice was Hampton, but I applied to Spelman as a backup. Hampton’s biggest influence on my life has been the valuable friendships and relationships I made while I was there. I attracted and befriended a group of hustlers and go-getters. Many of us started our first businesses in college, and that practice, preparation and camaraderie really helped shape me into who I am today.

Let’s talk about redirection. You mentioned that you knew after one day at your internship at a local news station that news wasn’t for you. How has trial and error connected the dots to get you to where you are now?

Yes, you know it’s funny I’m not sure why I decided to go into broadcast journalism. I think there was this pressure to pick a career early on and I thought of Katie Couric and how it would be nice to have her job, and so I decided I would major in Broadcast Journalism and be an anchor on the news. The internship changed everything, which I’m thankful for because it blocked that path for me and redirected me to what I should really be doing. But having a degree in journalism and knowing how to write, shoot and edit and video has been so essential for my career. I believe everything happens for a reason, and you should learn from each and every experience, job, career path you come across. All of those skills will come together to help you excel in your purpose. 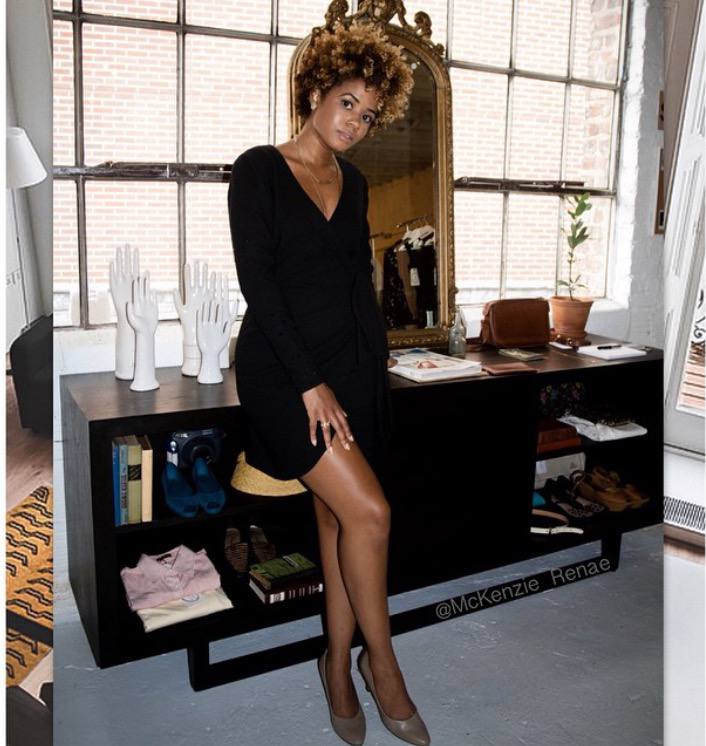 After graduation you moved to Atlanta, where you still reside. What are your thoughts on location having to do with opportunity?

Someone once told me when I first moved here that, so many people say what Atlanta is instead of what they can make it. That has stuck with me ever since and I’m working on making my mark here before moving on to the next location.

Your first job out of college was with Rolling Out Magazine, as a beauty editor. Working for any major publication sounds like a big deal. What was your experience like there?

Working with Rolling Out helped shape me into the person I am today. I was head of a new brand called Talking Pretty which opened my eyes to what it took to build a brand from the ground up. I was thrown into a lot of situations and had to figure it out and ask for guidance from my peers who were much more experienced at RO. But that raw style of learning forced me to hustle, have tougher skin and be innovative and take initiative which is priceless real life experience. It pulled me out of my introverted nature and made me comfortable being on camera, interviewing celebrities, and being resourceful when writing original content for the site. I’m forever grateful for that opportunity and the relationships that were built during that time.

When did you decide to leave Rolling Out and what did you do next?

I left Rolling Out at the top of 2012 and began branding McKenzieRenae.com full time. I also launched my clothing line Renae Cut Offs, which was a denim line for women. We created everything from cut off shorts, distressed boyfriend jeans, and denim bow tops. That was so much fun!

You began blogging in 2010 (please correct if I’m wrong lol) which was way before most of us had even realized what a blog was. How was blogging then different than it is now and what did you struggle with most when it came to your brand?

Yes, that’s correct, 2010! My whole blogging journey began from being a makeup artist in college. My friends and clients had similar questions and concerns about makeup application and skin care, so I was looking for a platform to answer these questions for a larger audience who may have similar inquires. One of my classmates had a Tumblr account and I thought it was cool. I was attracted to how visual it was and it was pretty easy to use. So I picked a template and a name and launched my Tumblr blog. Blogging was much simpler in 2010. The biggest difference is how many resources are out here now to help you start a blog, gain a following and how to monetize it. It’s crazy, you can google anything now whereas back then everyone was still trying to figure out how it worked and why we were doing it. The biggest struggle has been being consistent while juggling so many projects. Especially now, my interests have changed, so I’m still finding that balance.

You can check out the rest of the interview on The B Werd here. 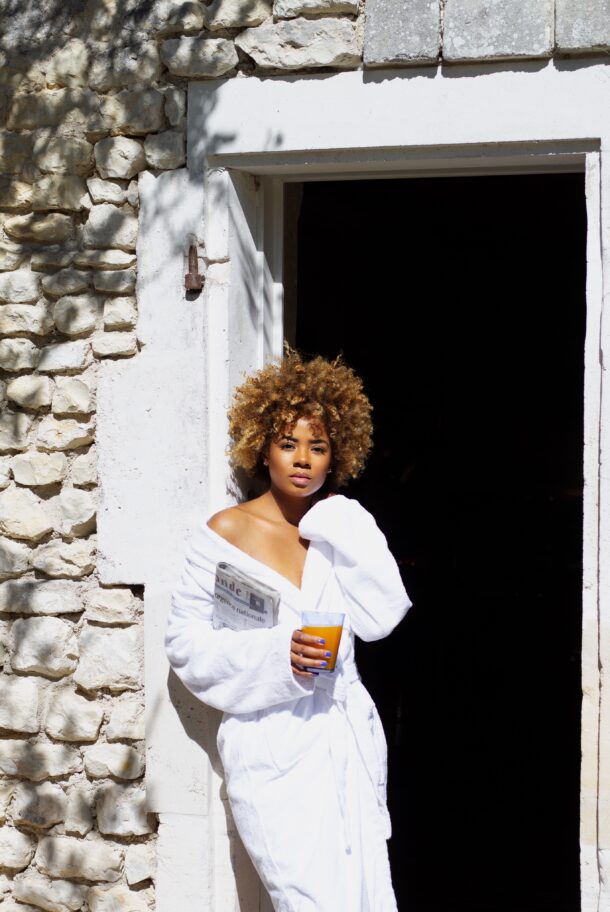